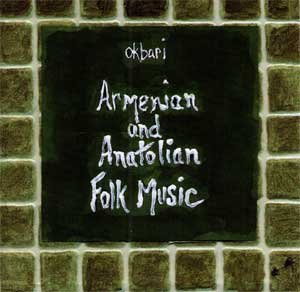 Some places just seem more mysterious than others. Thailand is mysterious; Vancouver is not. Haiti is mysterious; Bermuda, its "Triangle" notwithstanding, not so much. India, Casablanca, and Timbuktu: mysterious. Australia, Copenhagen and Iowa City: not mysterious.

Before I get knocked on the head with a copy of Edward Said's Orientalism, permit me to cite the mysteries of the Balkan-Anatolian-Caucasian region: Opulent Ottoman palaces, fusty Armenian monks and monasteries, Azerbaijan (the name itself evokes mystery). This is where Europe and Asia meet, and sometimes collide; where East meets West – a region of European Muslims and Middle Eastern Christians; of Bosnians, Croats and Serbs; of Turks and Armenians; Sunnis and Shiites; Jews and Kurds.

Flash forward to the corner of Cumberland Avenue and Franklin Arterial in Portland. There sits a granite monument, a memorial to the survivors of the Armenian genocide of 1915-1923 (upwards of one million perished at the hands of the Ottoman Empire), wherein it states that 250 Armenian families escaped and settled here. Public memorials are seldom impressive sites on the urban landscape. The mix of pride, bereavement, anger and acceptance these memorials embody often fails to do justice to the memory of either the victor or the vanquished. Thus they sit among us, like an inherited piece of parlor furniture – noticed and cherished by some, ignored by most, appreciated by pigeons.

The Portland duo Okbari reanimate the inscription on that granite marker. Their ethos captures the mystery of that far away place. Armenian and Anatolian Folk Music seems targeted to cognoscenti, however. For the merely curious, this is not a user-friendly album.

Apart from a list of instruments and a Web site (www.okbari.org), the only liner notes are a picture of, and dedication to, their late teacher, Udi Alan Shavarsh Bardezbanian (known locally as Al Gardner), a highly regarded Armenian-American musician and composer who passed away last year.

Among the instruments listed are the oud (a smallish, pear-shaped, 11-stringed, fretless instrument suited to play the Maqam modal system of Arabic music), violin, clarinet, dumbeg (Armenian hand drum), and riqq (tambourine). The musicians go unnamed, and the tracks are titled, but not translated – much less noted as being Armenian or sung in another language.

A visit to the group's Web site reveals that Okbari is Amos Libby and Eric LaPerna. Libby apparently provides the vocals, though some songs sound like someone else is singing. To my unsophisticated ear, it's unclear which combination of instruments are played on which tracks. 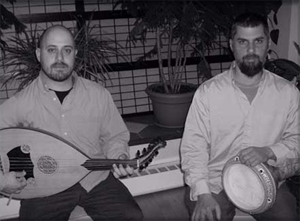 The reference to Anatolia in the album's title refers to the fact some of the songs are in Turkish. What is described here as "Anatolian folk music" might more accurately be characterized as light Turkish classical or early Turkish pop. More practically, this is belly dancing music.

Okbari often performs with belly dancers. Belly dance is a nightclub version of Arabic folk dance that's won a measure of respectability on the backs, or bellies, of American housewives, hippies and hipsters who've found that shaking their relevant body parts while dressed like Barbara Eden is regarded as creative, sensual, and empowering. Most people are too embarrassed to say it isn't. In any case, you don't need to be an ethnomusicologist to find it interesting that the song title "Istemem Babacim" translates from the Turkish as, roughly, "I Don't Want to Daddy."

Perhaps Okbari, like other serious artists, has grown tired of explaining themselves to lay people. That'd be a shame, because performing live, Okbari really rocks, or jams, or whatever Armenian, Turkish and Arabic music does.

That these guys have chops is no question. The vocals are impressively trained, multi-lingual, and quite passable as authentic. You can compare Okbari's version of "Cile Bulbulum Cile" ("Sing Nightingale Sing") to that of Bülent Ersoy, the popular, transgender Turkish singer.

Were it purely a question of competence, I would have no issue with this release. But there is a certain coldness or flatness to the recording – perhaps because it was made in front of a computer or recording console, rather than a crowd – that can make it hard to distinguish one track from another. And it's probably just my imagination, but do the vocals divulge a hint of a Maine accent?

These quibbles aside, my central question is why a neophyte would choose this CD over, say, a Richard Hagopian Folkways release that's rich in liner notes and exposition. Such didacticism can be off-putting, so Okbari embraces mystery, in whose shrouds Westerners have long sought to understand exoticism. By doing so, the pair has achieved the ultimate expression of orientalism – the embodiment of it.

See Okbari live, but unless you're a real enthusiast, skip this CD.

Okbari performs Fridays at the Mediterranean Grill, 10 School St.,
Freeport, at 6:30 p.m.; Saturdays at Acropolis Greek Restaurant, 795 Forest Ave., Portland, at 6:30 p.m.; and the first Friday of every month at Blue, 650A Congress St., Portland, at 10 p.m. All shows are free. Armenian and Anatolian Folk Music is available at these performances and local record music stores of distinction.