Cash Crock — Why city property taxes are going to shit 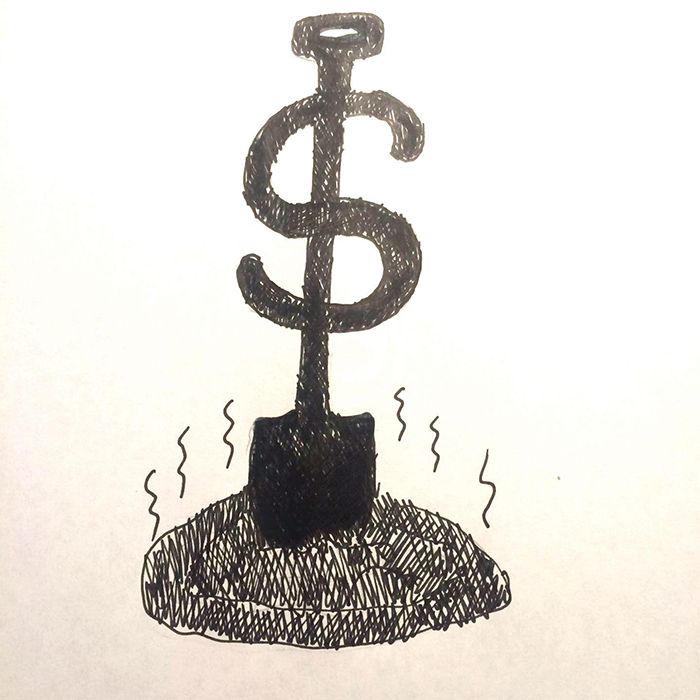 Local real estate junkies who are fond of the “sort by highest price” function on websites like Zillow are sure to notice the twenty-acre parcel listed as “37 Ballfield, Peaks Island” going for $2,390,000. What people may not be aware of, is that the City of Portland Tax Assessor site lists the property value at a paltry $114,600.00 and the annual tax burden is only $2,481.10. People who can’t, or don’t want to, pay their real estate taxes may want to follow the lead of the parcel’s owner, T. Covington Johnson (who everybody knows as “Covey”) or at least ask why Covey isn’t being taxed on the additional $2,275,400 worth of land? The answer is horse manure.

Americans in general, and Mainers in particular, hold agrarian traditions in high esteem. So when state lawmakers crafted the farmland tax law they included a rather farmer-friendly provision wherein a tract of land need to show only $2,000 gross income every other year in order to apply and maintain farmland status.

Bearing in mind that a farm can be located anywhere, urban, suburban, rural (Peaks Island is within the City of Portland) it would seem possible that most anyone could set up operation. That means that once you buy overalls, rubber boots, and a straw hat, you need only need to show $2,000 in product sales — whether that be cannabis, mushrooms, wild asparagus, knotweed (tasty and rich in resveratrol), dandelion greens, or in Covey’s case, horse shit.

Let’s say for example you own a single family house with a front yard. If your house is assessed at $240,000, you probably pay about $4,000 in annual property tax. But if you garden your yard, you could sell your crops to your neighbor for a nice round number of, say, $2,000 — and vice versa. And in so doing; drop your property tax to about $250 dollars of year. That’s some mighty sweet cabbage.

Further savings can be made on multi-unit properties. Pretend you have a 10-unit apartment house valued at $1.2 million. In which case your taxes would be around $25,000 per year. If you were so inclined, you could turn your basement into a mushroom farm and chop your tax bill down to just $1,200 bucks a year. That savings could then be passed along to your tenants — a discount of about $200 per unit, per month. All your tenants would have to do in return is to purchase, on average, $17 worth of your mushrooms per month. Shop local!

While a venture of this sort may be personally profitable, it does beg a question: What if everybody did that? Thankfully you don’t need to be a regular at City Finance Committee meetings to know that answer to that one: If everyone didn’t pay their property taxes it would bankrupt the city. That of course means no police, no fire department, no schools (the Peaks Island Elementary School is already facing the threat of shutdown), no road work, no snow plowing — think Mad Max 4: The Lobster Coast (oops, I forgot that the lobsters are moving away too — better make that green crabs.)

I have no idea if this scheme would actually work; but assuming that it would, it is important to keep in mind that just because a law can be exploited around doesn’t make it a bad law; I imagine there are many reasons to encourage farming in Maine. No Farms, No Food as they say on the backs of Volvos; on the other hand, urban areas play a pretty pretty important part of the State’s economy: No Cities, No Civilization.